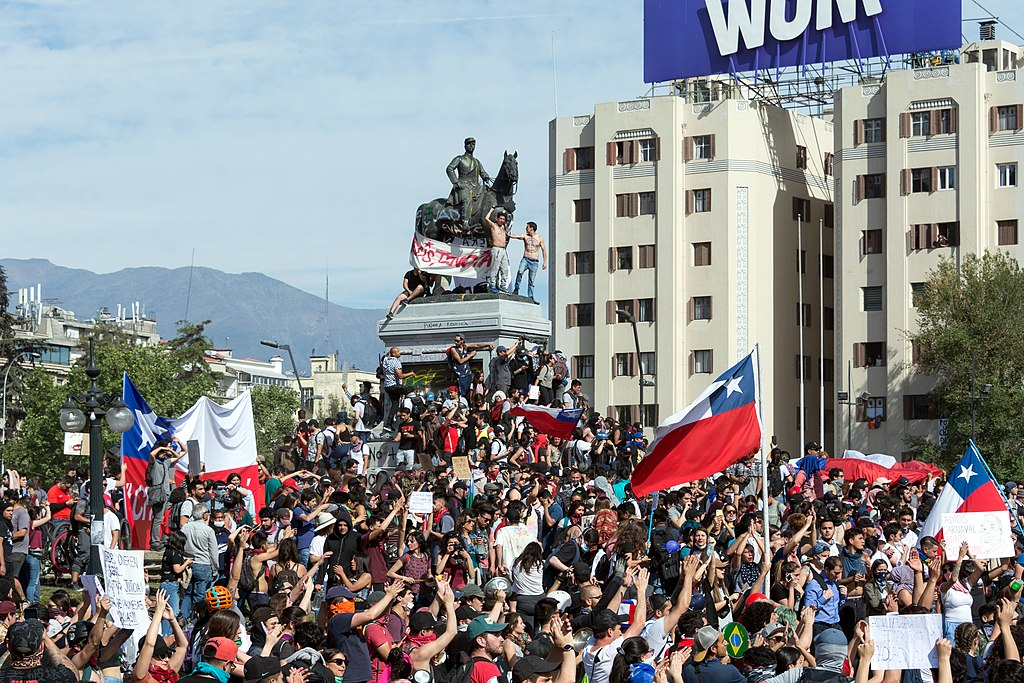 In the Chilean context, Wikimedia Chile has assumed the axe “Knowledge Equity” as a tool to achieve something greater: We want that the knowledge we produce for and from Wikimedia projects could contribute to equity of recognition among different users; and to do, we seek that more and more actors and communities participate in the consumption and in the production of free and collaborative knowledge, especially those users who have been historically underrepresented in the media and content creation spaces.

The fact of being a Latin American chapter, where everything changes very quickly and the social and political context can suffer ups and downs, forces us to adapt our work quickly and hopefully creatively and efficiently enough. In that sense, social conjunctures can be an enormous opportunity to motivate the creation of new communities, and thus the creation of new content, which until now has not been represented in Wikimedia projects. 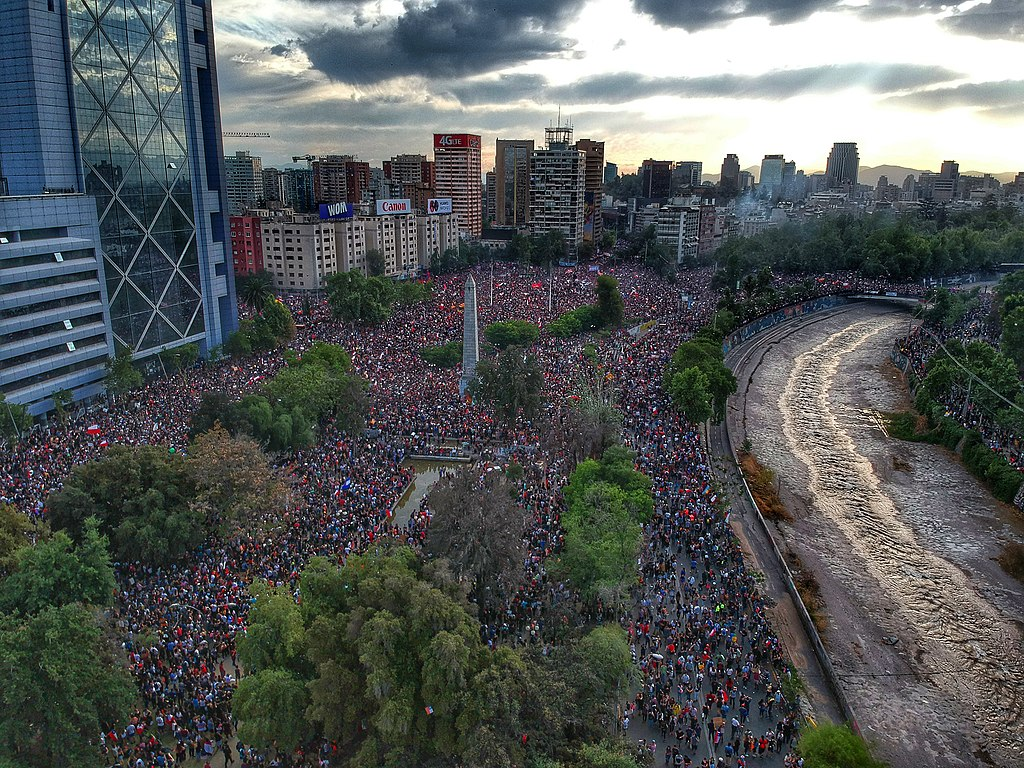 1024×768
Wikimedians cover the protest to add an alternative view of the protest, as the mainstream media is highly criticized for its partial version of the course and the reasons for the mobilizations, Patricia says.
Hugo Morales, Marcha Mas Grande De Chile 2019 Plaza Baquedano Drone, CC BY-SA 4.0

Something like this has happened during the last 6 weeks in Chile, where we are living a social upheaval without precedents in the last 30 years. Facing this situation, where an important part of society has participated, especially young people, Wikimedia Chile launched the photographic campaign #ChileProtesta or #ChileProtests, inviting everyone to upload their images of the protests to Wikimedia Commons. This has allowed us to support this sensitive content (there was talk in social media, that platforms like Instagram or Facebook downloaded or deleted this content), but also as a way to show, from the eyes of citizens, what happens in our country. This campaign has already collected more than 500 images and videos, and is complemented by the almost immediate creation of the Wikipedia article on the demonstrations, which was driven by members of our chapter. Since the first day of the revolts, October 18, 2019, the article has been visited more than 160,000 times, with an average of 7600 daily visits; it has been translated into more than 22 languages, contains more than 430 different bibliographic references, and it has involved more than 170 different editors, many of them not being experienced editors but who were motivated to leave their mark through Wikipedia. All information has also become a way of informing alternatively the official press, highly criticized for its partial version of the course and the reasons for the mobilizations.

In order to motivate this work and achieve a Knowledge Equity within Wikimedia projects, it is necessary to work directly with more and new communities in our different local contexts. In Chile, in Latin America, and the world, there are many communities that still do not know directly either the Wikimedia projects, or the work that we do as national chapters and user groups in pursuit of the creation of representative knowledge of our cultures and realities. And that can change if we take an active role in the diffusion of our work, as well as in the link with those communities, in order to accompany them in the identification and creation of new content, where they can participate with their own knowledge.