#WikiForHumanRights: Help us document Human Rights and Youth standing up for them!

In August, the Wikimedia Foundation announced a partnership with UN Human Rights to improve coverage of human rights related topics on Wikimedia projects. We are excited to announce our first activity for the partnership: A campaign called #WikiForHumanRights that will run from November 15-January 30! We’re inviting affiliates, individual volunteers, and anyone that might be interested to join us in the campaign to improve and add knowledge about human rights on Wikipedia across languages.

What is the campaign?

To pilot the collaboration with UN Human Rights, Wikimedia Argentina hosted an editathon in Buenos Aires with UN officials in July, building off their fantastic work with the WikiDerechosHumanos project. Now, we’re looking to expand that pilot into a global campaign. The campaign is focused on two key topics – expanding and adding articles about the UN Declaration of Human Rights and “youth standing up for human rights”. 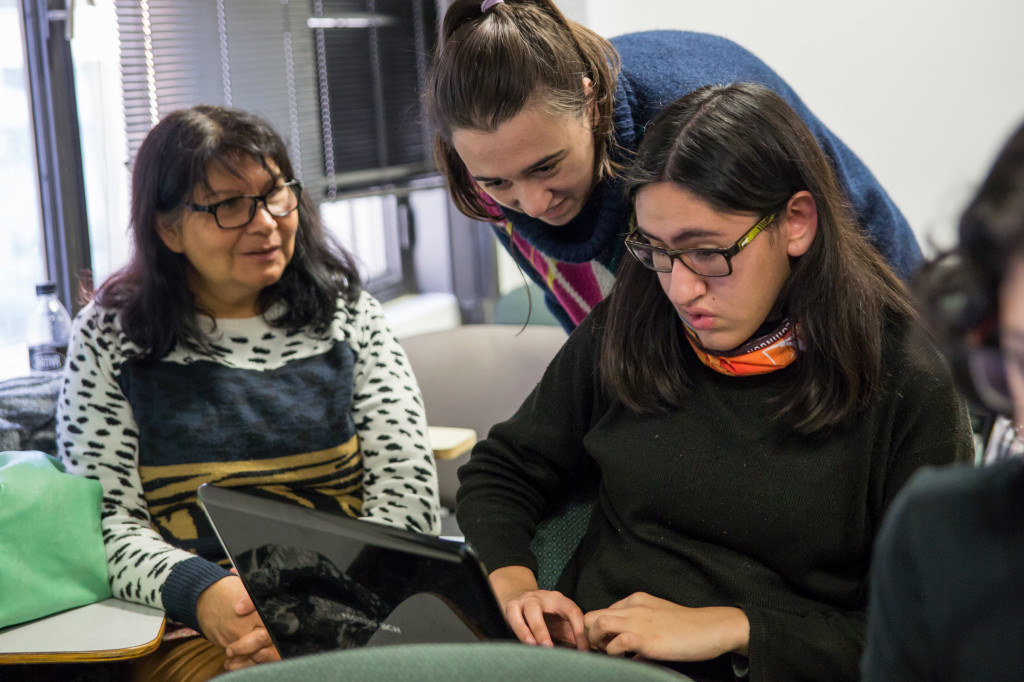 From November 15 to January 30, we’re asking volunteers, affiliates, and anyone else who might be interested to organize both on and off-wiki activities focused on improving and adding articles about these topics.

The Youth topic speaks to how human rights are relevant to current events. With 1.2 billion youth aged 15-24 years globally, accounting for one out of every six people worldwide, there are more adolescents and young people alive today than at any time in human history, and many of them are in the poorest countries or in contexts highly exposed. In the last few years, youth have frequently been major drivers of political, economic and social change.

Let’s make sure that these youth advocates are visible around the world on Wikipedia! Help us cover the major internationally visible youth involved human rights, like Greta Thunberg and the School Strike for the Climate, to less well known youth making a difference in different parts of the world.

How can you get involved?

If you want to help in other ways or have questions, let us know on the open thread in Discuss Space or by emailing Alex Stinson <astinson@wikimedia.org> and Luisina Ferrante <educacion@wikimedia.org.ar>

If your community or affiliate is already running an activity (like an editing campaign, editathon, partnership or other activity) during the campaign and would like to include it in the campaign: please do! Contact us if you want to workshop your project in light of the theme!

Stay tuned for other communications materials to help amplify the campaign on International Human Rights Day this 10th of December.

Looking forward to having you involved!

If you have questions, we are going to be hosting an office hour tomorrow (Tuesday). If you are interested in having another, or if you have general comments or questions, you can post them on the thread started in Discuss Space.

(@CKoerner_WMF @ELappen_WMF Alex’post points to an existing thread, but the button under the blogpost leads here instead. I don’t know if you can reconcile this somehow - also please feel free to delete this comment at any time. )

Thanks @Elitre_WMF, since the thread was previously started and there’s a good amount of conversation there, I will close this discussion and redirect from this post. There appears not to be a simple way to change where the button on the Blog side sends users.

For comments and questions pertaining to this campaign, please see the thread previously opened here on Discuss: Do you have questions about organizing for #WikiForHumanRights? Let us know.